We've heard how new mobility services will improve quality of life for city residents by making car ownership optional, if not obsolete — but, so far, it hasn't happened. In fact, in many cities, traffic has gotten worse since the advent of ridehailing services. The problem with ridehailing in its current form is that it isn't optimized, the riders are the dispatchers and drivers don't know where the demand is until a request pops up on their smartphones. As electric and autonomous transit adoption grows, challenges and congestion will remain unless cities better manage how ridehailing, robotaxi or shuttle services operate and when and where they will provide services. 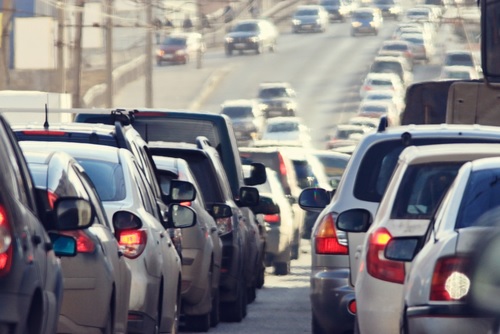 A report from the University of California, Davisshowed that in 2016, 49-61 percent of ridehailing trips would have not been made at all, or by walking, biking, or transit, in major metropolitan areas, increasing the number of vehicle miles traveled (VMT) and contributing to overall traffic congestion. A more recent report confirmed this, finding that TNCs added 5.7 billion VMT in the Boston, Chicago, Los Angeles, Miami, New York, Philadelphia, San Francisco, Seattle and Washington DC metro areas in 2017.

Earlier this year, the San Francisco County Transportation Authority released a reporthighlighting the impact that unmanaged ridehailing is having on traffic in the city. According to the report, ridehailing accounts for about 50 percent of the increase in congestion over the last six years – predominantly due to the number of cars on the streets and traffic-causing behaviors such as stopping in traffic lanes to pick up and drop off passengers. The report determined that if ridehailing services were not introduced, congestion would only have increased 22 percent between 2010 and 2016, as opposed to the witnessed 62 percent increase.

A similar study of traffic in New York City found that from 2013-2017, a 15 percent increase in ridehailing trips led to a 59 percent increase in the number of vehicles on the streets. Yet another report from the New York City Department of Transportation found that traffic speeds in the city have declined some 20 percent since 2010. Essentially, there are simply too many vehicles angling for the same riders, and with these services pulling people away from public transportation, many are asking if peer-to-peer ridehailing is sustainable.

When they debuted, ridehailing services were seen as a potential solution to street congestion, however they are now considered a key contributing factor to it. As a result, cities are reconsidering their approaches to ridehailing and looking at solutions to better manage these services with improved vehicle utilization, demand response and service area requirements — without such considerations, new mobility services may never reach their full potential. San Francisco specifically is imposing a tax on ride-hailed trips, and city-wide strategies for mobility management are up for discussion. And while a financial tax can help to curb adverse effects, technology by the way of a mobility platform that manages these fleets and services to work intelligently is the path for the future.

In 2019 we will hit critical mass when it comes to existing models for ridehailing services — there will be too many vehicles on the road for the number of riders, resulting in more traffic and reduced revenue opportunities for both drivers and operators. This will be addressed by more intelligent approaches to managing ridehailing services and a shift to new business models. New services should complement public transit, not compete with it. Specifically, service providers will embrace professional fleet-based ridehailing services, rather than peer-to-peer services, in order to increase efficiently and pave the way for the deployment of robotaxis. A transition period of hybrid autonomous and driven fleets will also need to be accommodated, as it will be a process before fully autonomous vehicles are realized.

There's a larger conversation to be had about the value of an open, on-demand mobility ecosystem that supports sustainable, inclusive, prosperous, and resilient cities. What's needed now is a new breed of ridehailing, where cities partner with businesses that own their vehicles and hire professional drivers, with centralized dispatching based on historical and real-time data — in short, for city-wide mobility management, ridehailing must go pro.