Many Still Not Ready for Driverless Cars - Spotlight on Pacific Northwest
October 20, 2022

As the prevalence of vehicle safety features has steadily increased, a new poll by PEMCO Mutual Insurance finds that drivers' trust in the latest technology-driven bells and whistles has risen significantly, as well. But while drivers today may embrace safety tech assistance from tools like back-up cameras and brake assist, most admit that they're not ready to jump into the passenger seat of a driverless car. 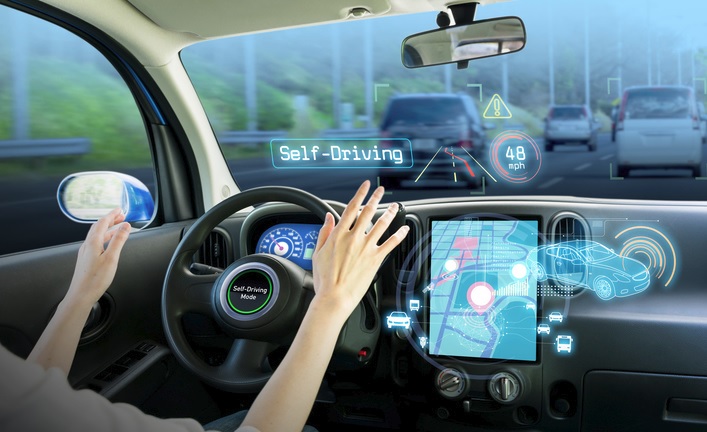 According to the PEMCO Poll, as certain vehicle technologies have become more commonplace in new and used cars, drivers in Seattle and Portland are two- to three-times more likely than they were six years ago to have safety features like brake assist, back-up cameras, blind spot warning and collision avoidance installed in their vehicle.

Interestingly, as more vehicle safety features become standard, drivers' trust in the technology has increased, as well. Among Seattle drivers in 2022, 58% said they mostly or completely trust vehicle safety features, which is up from 45% of drivers who said the same in 2016. In Portland, the increase in trust is even more profound with 59% saying they mostly or completely trust these features in 2022, while only 38% said the same in 2016.

Though many Northwest drivers are confident in their cars' safety features, when it comes to driverless or autonomous vehicles, PEMCO's poll tells a different story. The poll found that more than four in five residents feel somewhat or extremely concerned about the safety of sharing streets and roads with driverless vehicles. In Seattle, 85% of respondents say they're at least somewhat concerned with sharing the roads with an autonomous vehicle, while in Portland, 82% of respondents feel the same.

The PEMCO poll also found that residents here predict that driverless cars will be welcome on a majority of city streets and highways within the next five years. About half (51%) think that autonomous vehicles will cruise the streets in five years or less, even if a human is required to monitor from the driver's seat — which is double what it was in 2016.

Yet, only one in three respondents (33%) expressed interest in owning a driverless car — even if the car's price tag wasn't a factor. In Seattle, 54% of respondents believe that driverless cars will be seen regularly on the road within the next five years, yet only 34% are very or extremely interested in owning one, regardless of price or legality. While in Portland, 47% of respondents believe that autonomous cars will be on the road within five years. Still, only 32% of Portlanders say they're very interested in owning a driverless vehicle.

When asked whether vehicle manufacturers should focus on updating and improving safety features or driverless technology, nearly three in four respondents (73%) said that safety features should take precedence over vehicle autonomy.