Myth and Reality: What do Automated and Autonomous Driving Actually Mean?
May 07, 2018

Nowadays, hardly a day goes by without a report about autonomous driving in the media. For example, it was reported in November 2017 that Uber has ordered several thousand vehicles from Volvo and that autonomous vehicles may be used by terrorists as weapons. Many reports implicitly assume that in the foreseeable future there will be vehicles that can drive completely independently, that can be ordered with an app and that can drive on their own in any traffic conditions. In our book, Autonomous Driving – How the Driverless Revolution Will Change the World, we have explored in depth what might be regarded more as "wishful thinking" than a realistic prospect. 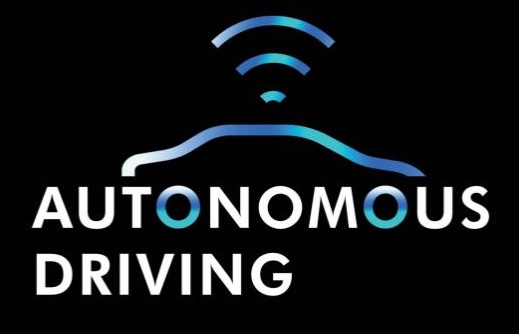 All analyses of technical, legal and traffic infrastructure development in the coming years inevitably lead to the conclusion that the route to autonomous driving will be evolutionary rather than revolutionary. What will this route look like? Simply put, the degree of vehicle automation will continue to increase and, ultimately, the final step toward autonomous driving will be a small one, comparable to the capstone in a dome.

The automation of driving began in the late 1970s with the introduction of the anti-lock braking system. Full braking was supported electronically, significantly reducing the braking distance and thereby increasing road safety. Over time, further systems were introduced, for example traction control, increasing the degree of driving automation and also safety.

An important step toward automating driving came with adaptive cruise control and the emergency braking assistant. Both functions are available for many vehicles today as extra features or are even already available as standard. Adaptive cruise control allows the distance to the vehicle in front to be set manually. The vehicle then maintains this distance to the vehicle in front, i.e. it slows down and accelerates independently. The emergency braking assistant either decelerates the vehicle or even brings it to a complete standstill if it detects a hazardous situation. The prerequisites for these functions are sensors built into the vehicle, e.g. radar sensors or cameras, and computers that are capable of processing the information delivered by the sensors.

Three parameters constitute the decisive criteria for the further development of autonomous driving:

■ The automation of the driving process

■ The monitoring and assessment of the environment

■ The back-up system if the technical system fails

With adaptive cruise control, for instance, part of the driving process, specifically braking and acceleration, is automated, while the monitoring and assessment of the environment is performed by humans, who also serve as the back-up system when problems occur.

With autonomous driving, all three parameters must be completely and irrevocably incorporated in the technical system. There will be evolutionary development along the way. The decisive factor will be whether and for how long a driver can turn their attention away from the traffic and do something else.

Autonomous driving, as it is often discussed, remains a myth

In terms of automation, the new Audi A8 is a highly advanced vehicle. It was launched on the market in the fall of 2017. The A8 employs sensor technology that is already able to drive independently in traffic jams or on the freeway up to a certain speed. This would permit the driver to occasionally concentrate on other things. However, this functionality will not be available until the relevant legal requirements have been met. It is expected that there will be fierce competition in the near future between all vehicle manufacturers to offer the most innovative automation features. This will gradually enable us to move toward autonomous driving.

Internet giants such as Google with Waymo, as well as Uber, are also developing autonomous vehicles. They are endeavoring, at least in public, to give the impression that they are not working on an evolutionary development but a revolutionary one. This could be expressed in another way: The "Internet giants" believe that they have enough technical competence, especially software expertise, to enable them to offer autonomous vehicles at a stroke.

Today, in the fall of 2017, the Internet giants are also approaching autonomous driving in a slow and evolutionary manner. Furthermore, they are not selling any vehicles on the market but are either developing prototype vehicles, like Waymo for instance, or partnering with existing vehicle manufacturers, just like Uber. In any case, at the moment it cannot be assumed that the Internet giants will suddenly bring vehicles or technology, especially software, onto the market.

To summarize: Autonomous driving, as it is often discussed, remains a myth. Realistically, we can expect an evolutionary process that will last for many years. The journey is worthwhile in any case, as both road safety and comfort will increase.