The 2020s is predicted to be "the decade of the electric car". After a slow start, worldwide sales are expected to soar as the cost of the relevant technology reduces and the potential benefits to the environment increase. Advances in technology, including wireless charging and supportive government policies suggest we might be reaching a turning point. In fact, Bloomberg New Energy Finance (BNEF) predicts that we are just six years away from what "will be the start of a real mass-market lift-off." But while electric vehicles (EVs) emit no CO2, they are only a fully realized green alternative to traditional fuel cars if the energy used to power them is also low-carbon in production and generation.

So, if we are adapting our built environment to meet future transport and energy needs, should we be thinking even further ahead and more radically? We face challenges such as:

■ Where and when will people be recharging their cars?

■ How will the network cope with surges in power demand?

■ How will it affect our infrastructure?

A report by the Energy Technologies Institute shows that drivers of EVs are most likely to plug in at home at around 6pm, a time when the grid is at its least resilient. On a dark winter’s day, existing data shows that peak demand for electricity would rise from 45GW to 55GW. Sunday evenings are likely to be a common charging time too, as people prepare for their Monday morning commutes to work. Government projections show that this added pressure could be accommodated for with new nuclear capacity as well as carbon capture and storage capacity, but the timescales for this new technology may not collide. 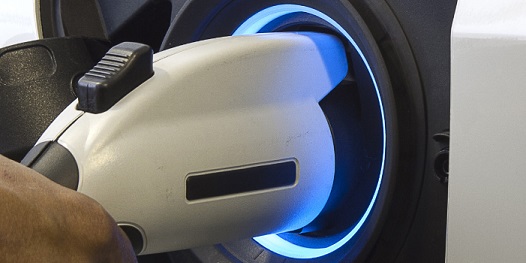 Therefore, the emphasis should be on reducing demand rather than increasing supply. To make this achievable it requires a significant shift in the way we use electricity – in our homes, in our workplaces and on our roads. However, to effect a shift away from the use of peak time, electricity will require the adoption of a demand pricing model for vehicle recharging, possibly backed up by legislation, to incentivise people to change the way they live their lives. For some people without off-street parking even this would not suffice and will also require a significant investment in new charging infrastructure.

Planning for a More Connected World

At an infrastructure level, we need to think even beyond EVs and start planning for a more connected world. There is no doubt that connected and autonomous vehicles (CAVs) are going to be a reality on our streets with the prospect of optimizing network capacity, reducing congestion and carbon emissions, and bringing stress-free and safer journeys. But the technology itself doesn’t offer all the answers. CAVs will, after all, still need a power supply.

Something more profound is needed – to move away from a personal car ownership model and pursue the benefits offered by the sharing economy, using CAVs as the basis on which to grow a new public service. Our cities will need to react to this change and grasp the opportunities it offers. Can we remove the vast majority of privately owned cars from our streets; developing a new city landscape, more suited to a 21st century lifestyle, with more green space and open areas for people to enjoy?

People, and their willingness to change, will inevitably play a significant part in the roll-out and adoption of a connected and autonomous transport system. We could continue to add capacity to the grid and local distribution networks and so attempt to keep up with traditional patterns of behaviour and vehicle ownership. Or we could demonstrate the benefits of new, carefully-managed technology to the travelling public and encourage them to respond to a national need – helping to ensure a future of transport that will not threaten energy capacity now, and in the short or medium term. This will require urgent and collaborative action.

Andrew McFarlane is an Atkins Fellow and Technical Director.